Subject annual conference of YGM chaired by the company’s Chairman Chen Guoshun was held on the 15th and 16th of January 2022 respectively at the venue, Shuangge Peace Hotel in Linhai, Zhejiang. The Chairman welcomed the participants, delivered a speech, and proceeded with the agenda items.

Timeline of the Conference

The conference kicked off with an intense speech from the Chairman which encompassed business strategy, quality production, maximum profiteering, and introduction of new talents. 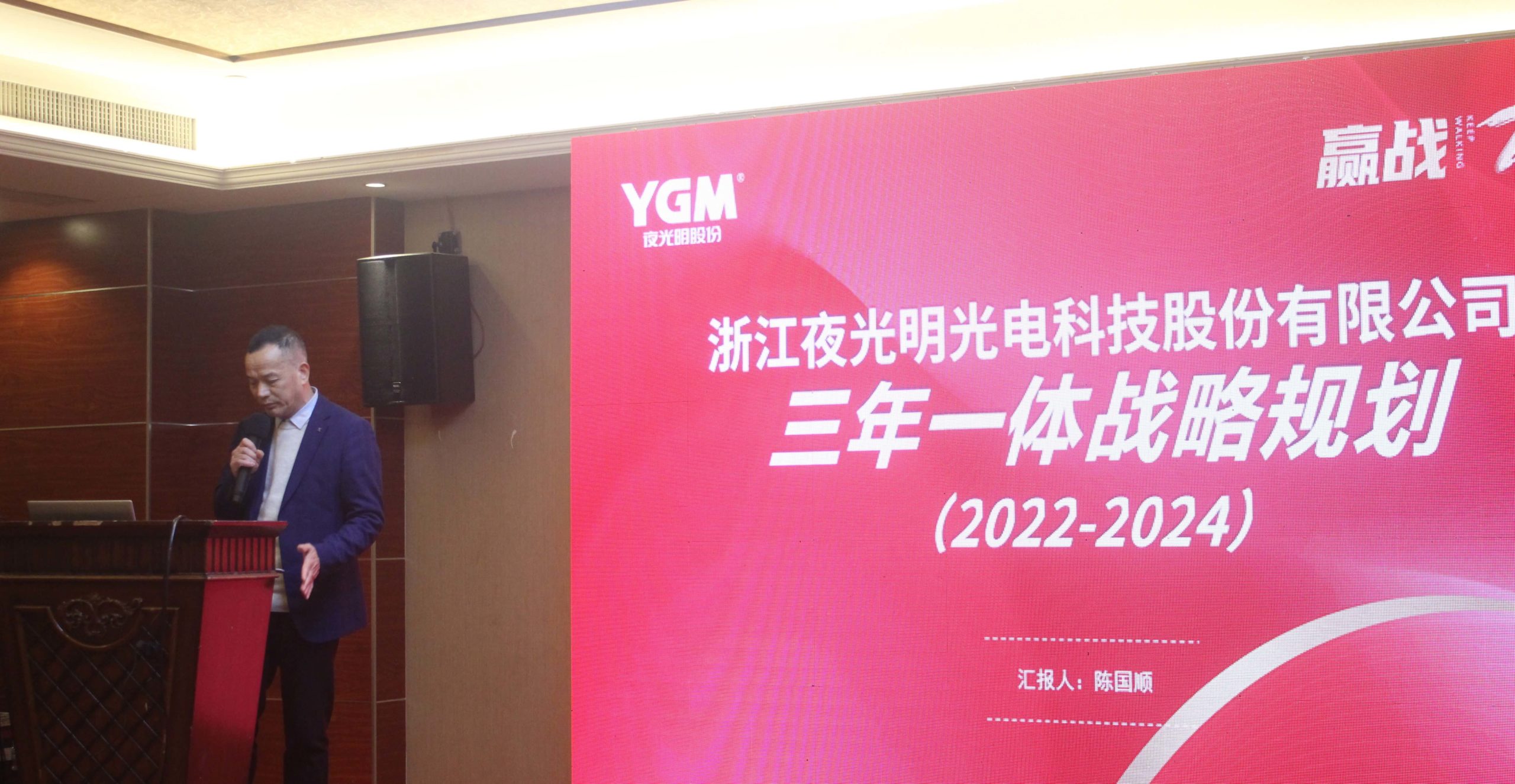 Describe the Three Goals of the Company’s Business Strategy

The first point addressed in the committee was to make an effort towards stabilizing product quality. YGM is committed to providing premium quality at reasonable quotes. No expenses are spared so that the customers get the very best of their orders.

The other point discussed was production safety. YGM takes pride in upholding the highest level of standards when it comes to running a large-scale industry. We make sure that our workforce and the system run as smoothly as possible with no incidents or injuries. Many factories struggle between safety and production. However, at YGM both go hand in hand.

We understand that our workers can be both safe and productive at the same time. Hence one of the foremost points noted in our 2022 Annual Meeting was production safety and product quality.

One of the crucial points discussed for the future of the company was taking advantage of the policy Dividends of the Beijing Stock Exchange to gain access to the capital market. Our primary goal for the New Year is to gain more exposure, profit, and meet new opportunities. All this can be achieved if ventured into the capital market.
The suggestions have been taken into account. We intend to trade financial securities, stocks, bonds, and make long-term investments by venturing into the capital market by the end of 2022 to maximize profit.

At YGM welcoming new and modern methods, talents, and ideas are considered the way to a better future. On top of our 2022 resolutions, is to cultivate and make way for newer talents. The focus is on cultivating and introducing excellent management talents and R&D talents.

The meeting focused on newer ways to attract talent to the business. Some of the ways through which this can be achieved are by;

Effective Suggestions on the Work Deployment 2022

The annual meeting addressed one of the key factors, work deployment in their particular fields. Assigning employees/workers to various departments of the company is a major task. At YGM employees are scrutinized and deployed depending on their skills and background.

Our management department puts forward effective suggestions on the deployment of workers. One of the agendas of the conference was to approve these suggestions. After a detailed discussion, the House was in agreement and approved the Talent Echelon Construction. Based on this program talented personnel will be offered benefits and pushed to do their very best for the company.

Another agenda of the 2022 annual meeting was to establish and improve relations between concerned departments within the company to maximize benefits. The suggestions put forward on the table to be discussed was to ‘resource share’.

This refers to the sharing of information, data, methods, manpower, services, space, equipment, and resources with other departments. The internal management makes use of this resource sharing to improve operational efficiency. It not only promotes accountability and prevents fraud, but also improves the accuracy of financial reporting of a company.

The house was in consensus and approved this suggestion.

Through these mechanisms, the company can provide motivation to its workforce. These incentive mechanisms can be extrinsic and include cash, rewards, bonuses, income, and profits.

The incentive can be intrinsic as well. These include satisfaction from your job and much more. Our incentive assessment mechanism ensures that the employees remain happy and content. A happy workforce means hefty profits! Hence another major suggestion dated 15th January 2022 was approved unanimously. This will ensure that the year 2022 brings prosperity for both business and the workforce!

The overall goal for 2022 is to maximize profits. According to the yearly profit analysis presented by the CFO, the major goal is to achieve 520 million yuan in sales and 47 million yuan in net profit. Based on the previous year’s records the profitability of the company is increasing gradually.

Keeping the Covid-19 situation in mind, 100% activity has been gradually restored. By maintaining the ongoing results as well as following the approved agendas of the annual meeting 2022, sizeable profit for the year 2022 is projected. Business is said to further flourish once China opens its border to the world.

Heads of Workshops and Departments

The final agenda of the meeting was to go over the yearly report summary handed in by the Heads of Departments. The report 2021 work summary gave in-depth data of different departments. Based on these reports, a 2022 keyword plan was also established that will be followed by respective departments.

The heads of departments need to follow the new plan devised to maximize financial profits. These plans further include all the improvements, suggestions, and new work ideas put forward by the committee for the year 2022.

The Company’s General Manager, Mister Wang Zengyou was given the honor to publish the company’s Annual Business Plan for the year 2022. He expressed heartfelt thanks to the management team for setting up and the smooth running of the conference and praised them for their dedication and hard work.

He proceeded with high spirits and further advised that everyone should strive to generate greater benefits for the company. General Manager Wang stated that with a new year comes a new beginning and everyone should grasp this opportunity to create new and fresher starts.

These include a fresh outlook for the incoming year, and adequate preparations to complete the operating milestones set for the year 2022 of various departments. 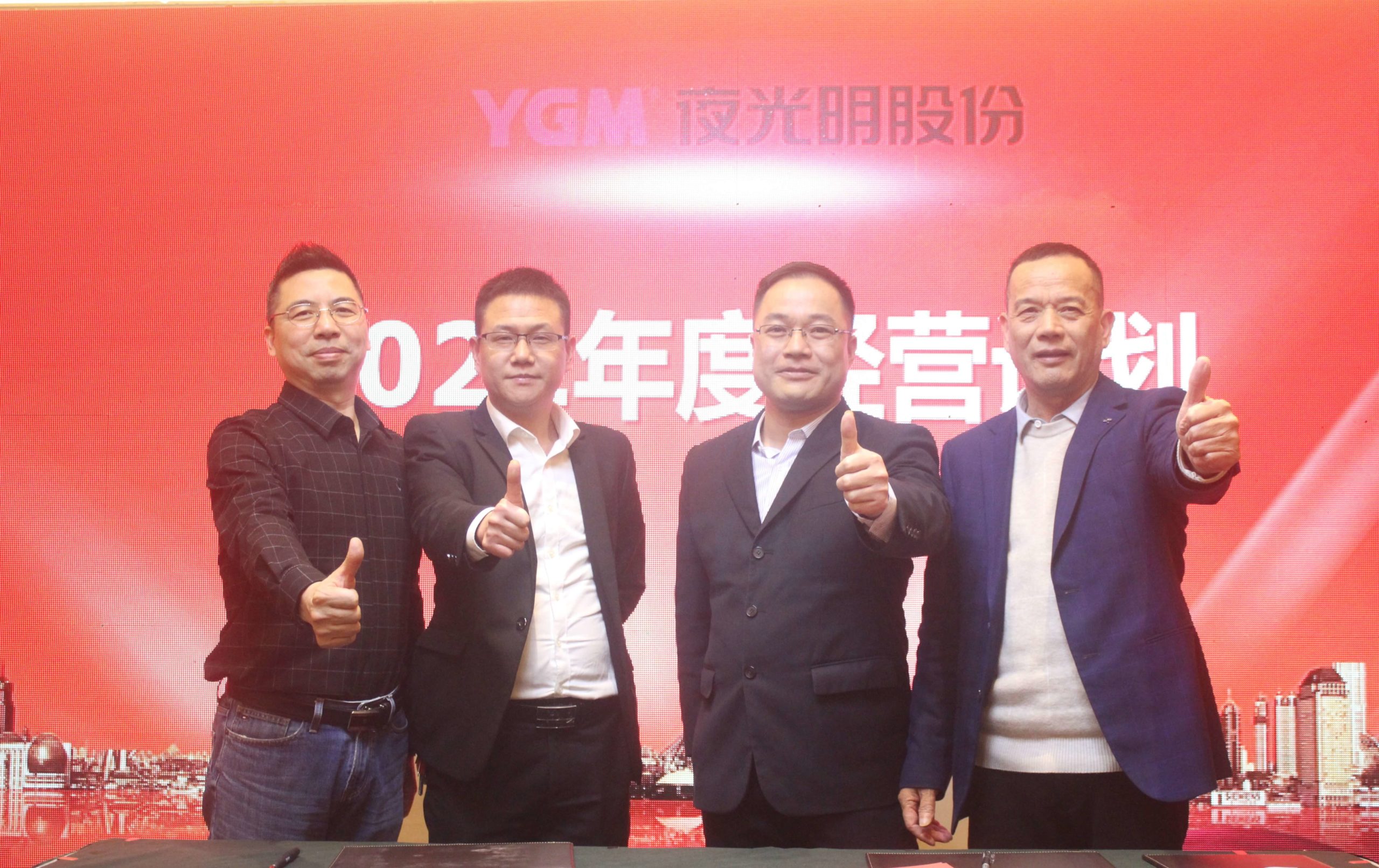 Since there were no other agendas/points to discuss, the meeting was adjourned with a vote of thanks to attendees on the 16th of January. All the suggestions, revised plans, and new ideas were discussed at the conference and most reached their conclusions. New plans for the year 2022 were put forward and previous achievements were also discussed.

To conclude, the minutes of the Annual Yearly Conference 2022 discussed are as follows;

The whole company celebrated its previous year’s accomplishment with the chairman thanking and praising all the workforce for their hard work and dedication. A new and improved business strategy for the year 2022 was devised and accepted by the panel.

It was suggested that the company should venture into the capital market using the Beijing Stock Exchange to further meet international demands. In addition to that, the conference approved the ‘Cultivating New Talent’ point so that the company, as well as its workforce, grows with the ever-changing world. For this, various methods were discussed that would attract fresh talent.

The conference further debated on improving the relations between different departments by resource sharing. It would not only improve relations but boost profits as well for the company in the long run.

The deployment of the workforce in their respective fields was also considered so that the employee is better suited in his department based on his skills. The meeting also established the Incentive Assessment Mechanism for the company’s employees.

The crux of the Annual Conference was the 2022 Goal. All the attendees approved the overall goal unanimously. YGM plans on boosting sales profit to 47 million yuan and achieving a whopping 520 million yuan in sales.

The founder started small but now after 16 years of pride and excellence, YGM boasts over 30 production lines, and a staff consisting of 300 people. It caters to clients all across the globe with enthusiasm. The company’s five facilities enclose an R&D center, Warehouse, and workshop!

YGM specializes in all things reflective and promises to deliver premium quality products. At the start of each New Year, it challenges itself with new goals and works to improve its methods, manufacturing, relations, and overall image so that the company, workforce, and clients thrive! 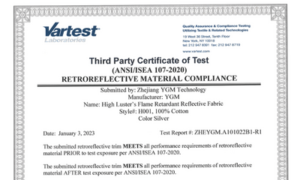